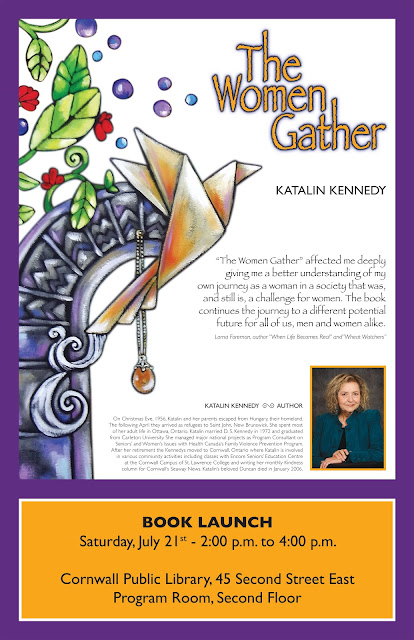 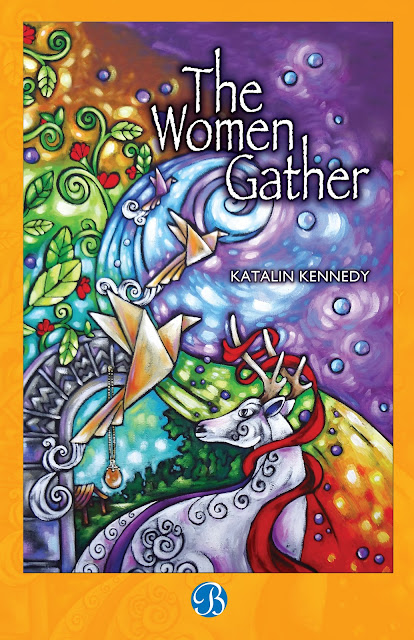 “We live in a period of history which has the potential to be the most enlightened.  Yet, it has become almost expected that we adopt a blaming, pessimistic, dark attitude, both for today and for what lies ahead.”

“The Women Gather”, reflects author, Katalin Kennedy’s passion to put forth her belief that the world can, indeed, create a more positive future.

Katalin’s optimistic attitude is not surprising.  She and her family escaped Hungary in 1956 and immigrated as refugees to Canada.  She graduated from Ottawa’s Carleton University and has managed major national projects as Program Consultant on Seniors’ and Women’s Issues with Health Canada. She now lives in Cornwall and writes the monthly Kindness column for Seaway News.

“The Women Gather” takes place in Lemuria, Ontario, at a teaching retreat for women, founded by Nora Fényes-Bryson to provide a safe haven for women so that they could rediscover their true selves and make the world a better place.  With time, the Norean Order spread throughout the world. Women from various Sanctuaries are now attending the International “Gathering” Symposium to report on their researched progress and evolution.

Starting in the late 1990s, “The Women Gather” journals the phases our society has gone through, the problems and resistance encountered and projects a world into the year 2066.

“The Women Gather” is not a work of Science Fiction rather a learning journey with which that readers can identify. The members of the Norean Order feel ready for their re-entry into the world outside of Lemuria to carry the message forward.  The book portrays the potential future for men and women alike.

Join Katalin Kennedy at the launch of “The Women Gather”.